The Emergency Fund, a financial mechanism established to address and repair the damage caused by  emergency and natural disasters in the Mesoamerican Reef System (MAR), granted US$15,950 for the primary and secondary response to affected corals in Puerto Morelos, Mexico, following the Tropical Storm Gamma and Hurricane Delta.

According to Claudia Ruiz, Coordinator of the Mesoamerican Reef Rescue Initiative (RRI) of the MAR Fund, through which the Emergency Fund is implemented, granted to Amigos de Contoy, A. C.  the financial resources to provide the immediate response of the impacts caused by these natural events.

María del Carmen García, of the National Commission of Protected Natural Areas (CONANP, for its initials in Spanish) and a brigade member of Puerto Morelos National Park, adds that the reef colonies that suffered most of the damage in several sites of the park belong to the Acropora genus.

However, with the funds granted, local response groups –also known as emergency response brigades– have been able to clear and remove the debris (primary assistance), as well as gather and cement coral fragments that were scattered after the hurricanes hit the area (secondary assistance).

Two emergency brigades, each comprised of eight members, are conducting both primary and secondary assistance tasks required to address the fragmented reef colonies on Limones, Bocana, and Cachaté, in Puerto Morelos, Quintana Roo. The activities initiated in October 16th.

Actions in these sites have been carried out as established in the Response Plan for the zone, as well as in the Early Warning and Rapid Response Protocol prepared by The Nature Conservancy (TNC) for the coast of Quintana Roo. MAR Fund is replicating this protocol for the rest of the countries that comprise the Mesoamerican Reef System (MAR).

Ruiz added that local groups are extending their work until December 15th, 2020. 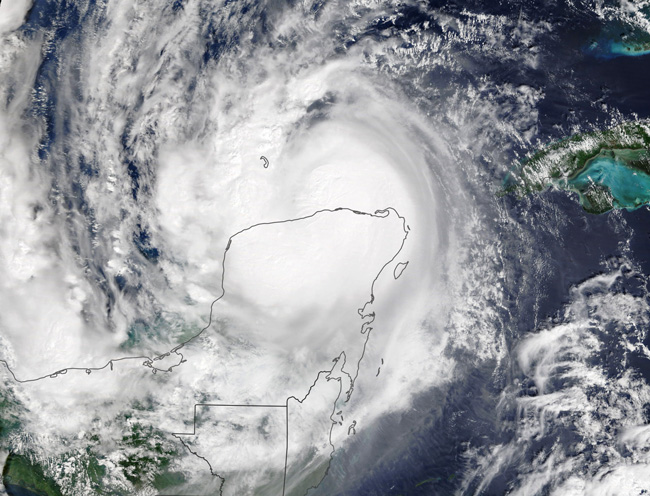 The RRI is implemented by MAR Fund in the MAR, in cooperation with the Central American Commission for Environment and Development (CCAD, for its initials in Spanish). A Technical Supervisory Committee (CTP, for its initials in Spanish) leads the RRI and involves the four countries sharing the MAR, including Mexico, Belize, Guatemala, and Honduras. In addition, this initiative is possible thanks to the generous support of the German Cooperation, through KfW, with an endowment of €7 million.