The Mesoamerican Reef is home to some of the last healthy populations of Caribbean staghorn and elkhorn corals.

KfW cooperates with MAR Fund to strengthen protected areas in the region.

KfW has been involved in the conservation of the Mesoamerican Reef on behalf of the German Federal Government since 2010 as part of its cooperation with the Mesoamerican Reef Fund (MAR Fund). This protects the natural resources of the world’s largest transboundary coral reef and promotes sustainable use. A grant agreement of EUR 13 million has now been signed, bringing KfW’s total funding to EUR 40 million.

The coral reef stretches for around 1,000 kilometres along the coast from Mexico’s Yucatán Peninsula through Belize and Guatemala to Honduras. It provides a habitat for more than 4,000 different species, including dolphins, sea turtles and manta rays. This makes it one of the world’s biodiversity hotspots and is considered an essential part of a particularly species-rich and ecologically valuable region. Important ecosystems such as mangrove forests and seagrass meadows are found here. The reef and the mangrove forests protect the coasts from heavy seas and storms.

But the natural resources of the region around the Mesoamerican Reef are under threat. On the one hand, climate change is damaging the sensitive corals and thus also the marine life that depends on them. Rising water temperatures and ocean acidification due to the absorption of carbon dioxide from the atmosphere are the main threats here. On the other hand, the region’s coastal ecosystems suffer from the mostly unsustainable use of their natural resources. Overfishing and harmful fishing practices cause lasting damage to the marine environment. Economic overexploitation damages the mangrove forests, and unregulated tourism endangers the reef itself.

The riparian states have not remained idle. Mexico, Belize, Guatemala and Honduras have designated around 70 marine and coastal protected areas covering 8.8 million hectares. That is about 20 percent of this very important ecoregion. The area under protection is expected to increase further. However, there is often not enough budget for the operation and management of protected areas. Therefore, protected area administrations are often dependent on donations and other additional sources of income.

Due to the Corona pandemic, the budgets of many states have been redistributed. Tax revenues declined. Budgets were cut for nature conservation in the region. Tourists also stopped coming in the usual numbers. Residents in the vicinity of the protected areas often live from fishing and tourism. As important as the protection of the reef’s natural resources is, it is not always possible to completely prohibit their use. Moreover, even areas that are not explicitly protected should be managed sustainably – after all, marine life moves freely back and forth throughout the coastal area. People in the adjacent communities need to develop an understanding of how natural resources can be used sustainably. This also serves to preserve their livelihoods in the long term. Often, the approach is to involve them in the management of protected areas. 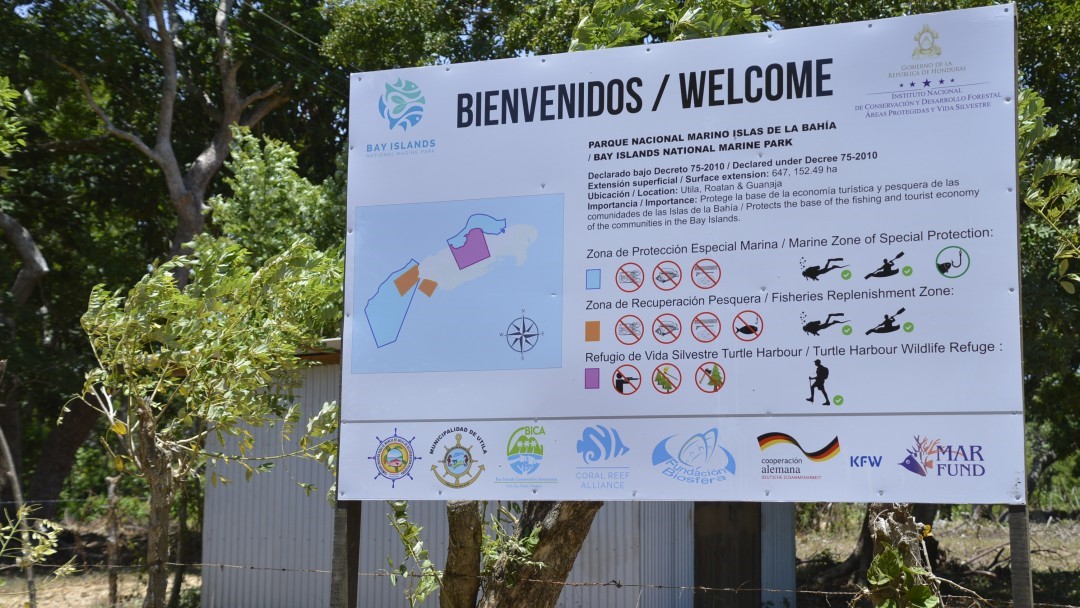 The Mesoamerican Reef Fund (MAR Fund) was founded in 2004 by four environmental funds from Mexico, Belize, Guatemala and Honduras. With KfW’s support, it has already financed and accompanied the strengthening of nine coastal and marine protected areas in two initial phases. Around 15,000 people benefited from the measures and improved management of the protected areas. Plans were drawn up to manage the individual natural resources in order to preserve and better protect them. The success is already visible: in the protected areas, the mangrove forests and seagrass beds have been preserved or even expanded.

The third phase of the regional project which has now been confirmed builds on these past experiences and successes. On behalf of the German Federal Ministry for Economic Cooperation and Development (BMZ), KfW is promoting the conservation and sustainable use of natural resources in and between at least 18 coastal and marine protected areas in the region around the Mesoamerican Reef with a further grant of EUR 13 million. The selection of the protected areas to be funded is made through calls for proposals. In a two-stage process, projects are identified that fit the objectives of the project. Particular attention is paid to project proposals that envisage increased cooperation between the protected areas within and across the MAR Fund member states. Since transboundary projects also require a regional framework, MAR Fund cooperates with the Central American Commission for Environment and Development (CCAD) of the Central American Integration System (SICA) with regard to the international legal aspects.

The German Government joined the High Ambition Coalition for Nature and People (HAC) at the One Planet Summit 2021. The goal is to place at least 30 percent of the land area and 30 percent of the oceans under protection by 2030. Improved management of protected areas is part of the HAC’s goals. The KfW project contributes to achieving these goals.