In commemoration of Manatee Awareness Day, which is celebrated annually on March 29th, and in lieu of the Easter Holidays, on Monday March 26th, the Belize Marine Fund (BMF) participated in an inauguration ceremony hosted by Sea to Shore Alliance (Sea2Shore), to officially unveil a manatee awareness photo mural and information display at the B.T.L. Park in Belize City. On hand for the inauguration were Mr. Oscar Arnold (Deputy Major of Belize City), along with Councillors Ms. Deltrude Hylton, and Ms. Aisha Gentle, who were also joined by Mr. Jamal Galvez Manatee Researcher/Biologist with Sea2Shore, Manatee Wave Makers from the Belize Police Department’s Precinct#1 Cadets, and our very own Belize Marine Fund (BMF) Project Officer, Angeline Valentine-Enriquez.

The design for the mural painted by artist Rafael Rodriguez was inspired by the drawings of students from Stella Morris School in Belize City, who participated in the 2017 Manatee Month activities.

According to Mr. Galvez, this initiative which have been in the pipeline for some time now is “a collaboration between the City Council and Sea to Shore Alliance and MARFund so that we can bring awareness to this efforts.” He goes on, “[i]t’s another opportunity for people to come, visit the park, [and] be interactive, [and for them] to see the information and just bring manatees more to the light in friendly places.” Similarly, Deputy Major of Belize City Oscar Arnold also spoke positively about the undertaking and the role of his recently inaugurated Council, asserting “Our green areas and open spaces are a huge part of what we want to do as a council. We also are a council who believe in green initiatives and we want to ensure that whatever possible the City Council can take advantage of any of the initiatives that are put through that can save a few more tree or save barrels of fossil fuels.”

Like the support which assisted Sea2Shore in securing a new manatee rescue and patrol vessel (handed over in January 2018), this most recent activity is also a component of the broader initiative “Safeguarding Critical Habitat for the Endangered Antillean Manatee in Belize,” currently being implemented by Sea2Shore through a Targeted Grants from the Belize Marine Fund of MAR Fund. We continue to wish Sea2Shore well in there execution of this initiative.

You can be the next recipient of the MIDORI Prize for Biodiversity! 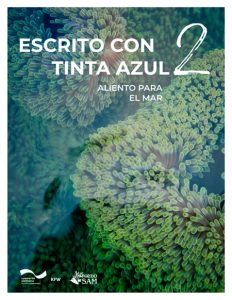 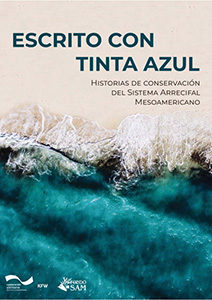