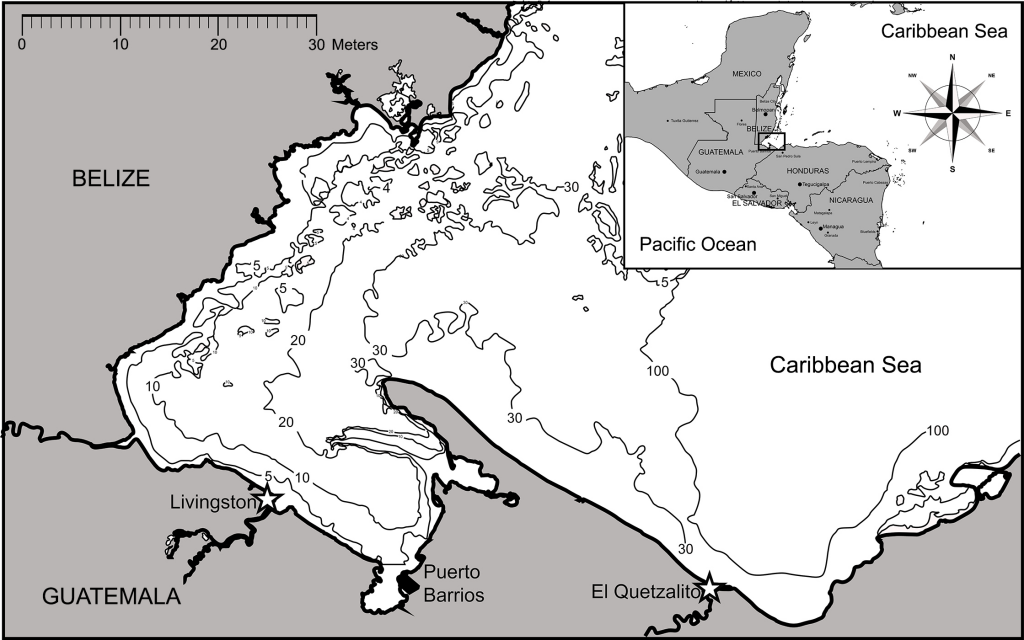 Abstract: Small-scale shark and ray fisheries are conducted throughout Central America’s Caribbean coast. Yet, there is limited information regarding catch composition and diversity of these fisheries, especially in Guatemala. Surveys of catch landings were conducted in two of Guatemala’s primary Caribbean coastal shark and ray fishing communities, El Quetzalito and Livingston, between January 2015 and July 2017. Biological data from 688 landed chondrichthyans were collected, with 31 species (24 sharks, six rays and one chimaera) identified. The four most frequently captured species included Carcharhinus falciformis (30.2%), Sphyrna lewini (12.7%), Hypanus guttatus (12%) and Rhizoprionodon spp. (6.7%). Landed sharks contained most size classes with a high proportion of juveniles of species with low productivity. The large-bodied species C. falciformis and S. lewini were often recorded at sizes below known maturity; 96.6% and 85.1%, of the captured individuals were immature, respectively. This study can serve as a baseline to determine future trends in the elasmobranch fisheries conducted by Guatemala’s Caribbean coastal communities and support assessments on the persistence of the fisheries. 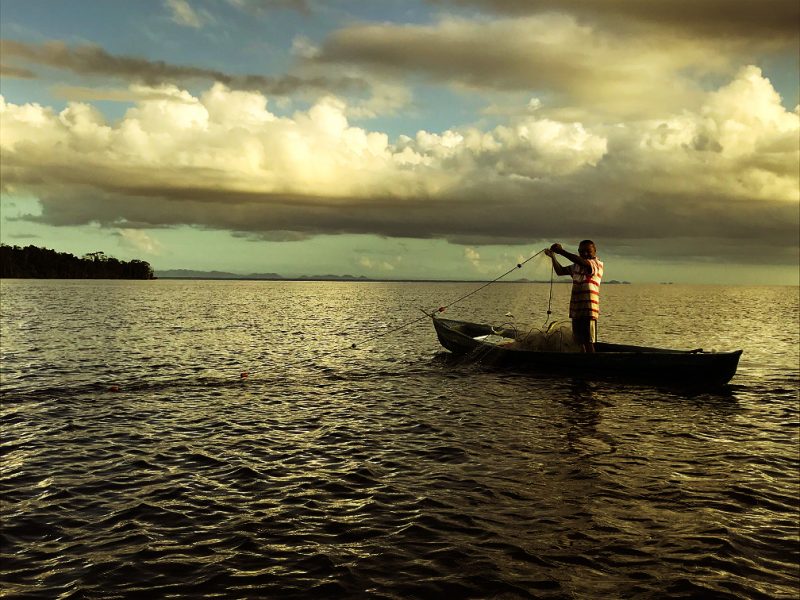 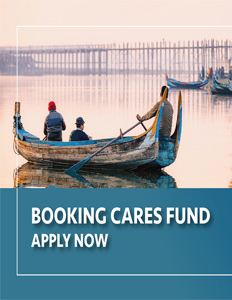 Dreaming of transforming the travel industry? Apply for a grant to support your project

Do you have an idea for a project that could transform the travel industry? Then here’s a grant opportunity from Booking.com that you won’t want to miss out on! Apply now for a chance to turn your vision into reality.

Projects can come from and take place all over the world, for example, representing universities, non-profits, research institutes and governments. Those that present bold, ambitious plans to truly transform the travel industry will be invited to Amsterdam to develop their project plan with the support of Booking.com and have the chance to receive funding to fuel their progress over the course of the following year.

If you have a vision for the future of the industry, we encourage you to apply today. Applications are due by Sept. 16. More information on The Booking Cares Fund and the application process is available here. 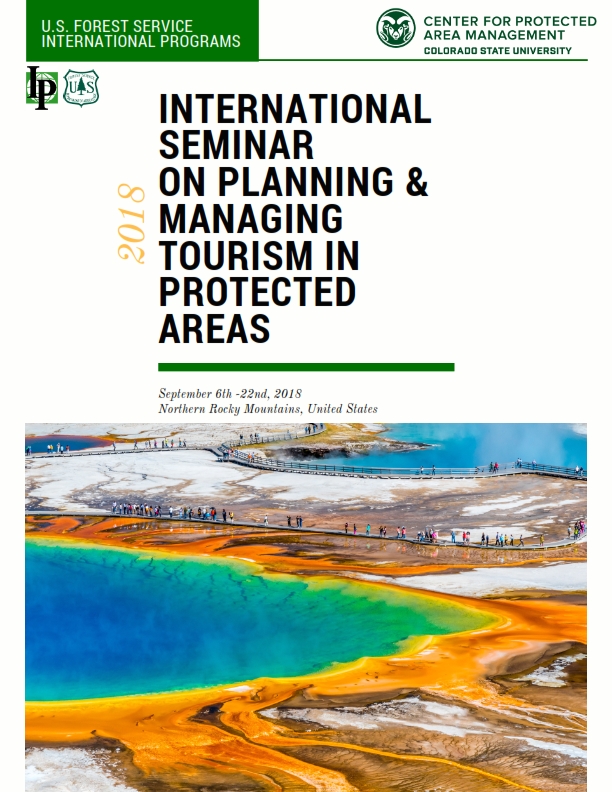 The Center for Protected Area Management (CPAM) at Colorado State University, in partnership with United States Forest Service International Programs, is now accepting applications for its VIth Planning and Managing Tourism in Protected Areas Mobile Seminar(offered in English) from September 6 to 22, 2018 in Colorado, USA. The deadline to apply is May 11, 2018.

Please see the brochure attached for more information about the application period, seminar costs, and how to apply or visit the seminar’s website at: 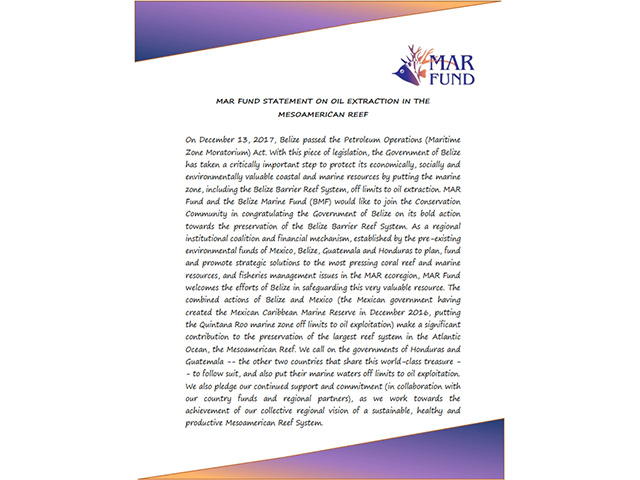 MAR Fund Statement on oil extraction in the Mesoamerica Reef

The MAR Fund and the Belize Marine Fund (BMF) join the Conservation Community in congratulating the Government of Belize on its bold action towards the preservation of the Belize Barrier Reef System. Read on. 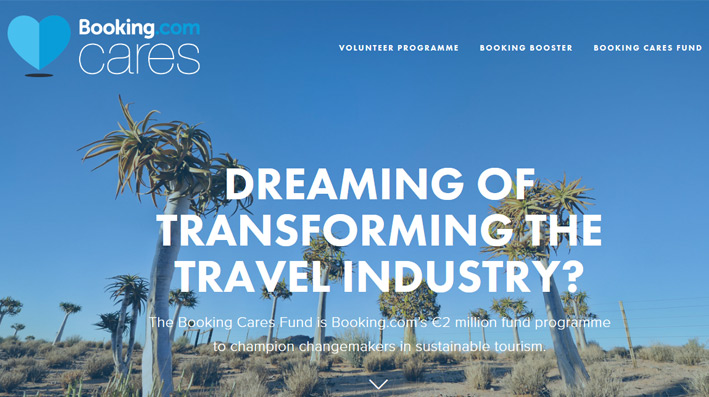 Calling all changemakers in sustainable tourism

Booking.com recently launched the Booking Cares Fund, a program that champions changemakers in their search for new and unexpected solutions that reimagine the tourism and travel space. This fund will support projects that strengthen local communities, preserve and promote local culture, help disperse tourism, and protect natural resources. 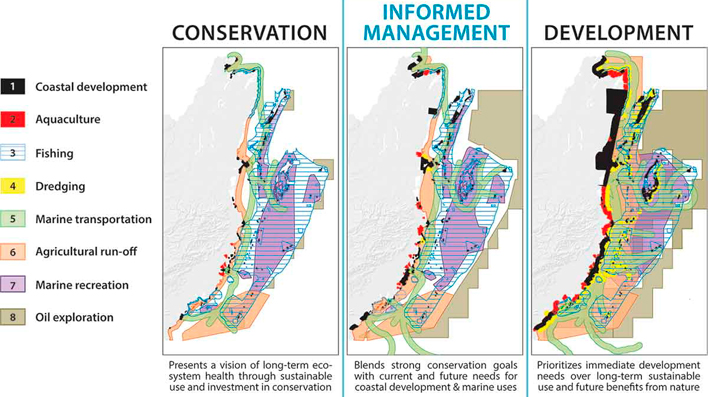 A growing number of nations aim to design coastal plans to reduce conflicts in space and safeguard ecosystems that provide important benefits to people and economies. Critics of coastal and ocean planning point to a complicated process with many actors, objectives, and uncertain outcomes. This paper explores one such decision-making process in Belize, which combines ecosystem service modeling, stakeholder participation, and spatial planning to design the country’s first integrated coastal zone management plan, officially approved by the government in August 2016. 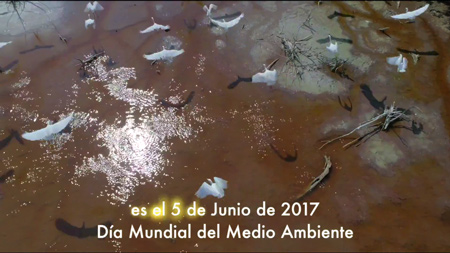