The objective of this program is working closely with fishing communities that depend on the MBRS region for their livelihood. Its main challenge is to empower fishermen to take control of their future and engage in sustainable fisheries management, as an immediate priority conservation SAM. This program aims at maintaining these fisheries to be economically and ecologically viable.

The objective of this program is to support the design, establishment, management and monitoring of co-management mechanisms for fisheries resources by organized groups of fishermen. In addition, it will support alternative community productive projects that can reduce the pressure on fisheries.

1. Establishment of a co-management agreement

1. Establishment of a co-management agreement between the fishers and the administrator of the Cuero y Salado Wildlife Refuge, Honduras.

This is the first project in Honduras that involves fishermen directly in the management of fishing resources in a protected area. The three fishing communities of the Cuero y Salado Wildlife Refuge have organized themselves to create the association called Asociación de Pescadores La Rosita Cuero y Salado (APROCUS) that represents them. They have signed an agreement between the association and the Cuero y Salado Foundation (FUCSA), co-administrator of the refuge, for the co-management of a fishing territory, which includes four no-take zones with a diameter of 1 Km each. This agreement will allow APROCUS to design and develop the management plan for their fishing territory and to monitor the no-take zones jointly with FUCSA.

APROCUS has identified capacity building needs, and a training program is being developed with external technical assistance. The program will include the following topics: environmental education, alternative economic activities, natural resources protection and conservation techniques, and fisheries regulation enforcement.

With external technical assistance, the training program for the members of APROCUS was implemented including the topics they had identified.

FUCSA awarded APROCUS the administration of an ecological camping site, and is also looking to support the implementation of the action plan developed.

The no-take zones total area declared is 314 Has, covering 17% of the co-management area.

With funding from PROCORREDOR project, the action plan developed during the co-management project supported by MAR Fund has started its implementation. Two fish distribution centers have been built, one in La Rosita and the other one in Salado Barra fishing communities. Both communities are part of APROCUS.

From September 26 – 28, 2012, APROCUS attended the workshop ‘Planning for the Conservation of the Barras de Cuero y Salado Wildlife Refuge’ in La Ceiba, Honduras. In the workshop, using the MIRADI methodology, authorities and fishers identified the Refuge’s main threats and possible solutions to them.

A meeting with Mariela Ochoa (consultant), Ana Paz (FUCSA), Cristian Pérez (Marine Governance Project from RECOTURH) and fishermen from APROCUS was held during the workshop. As a result of this meeting, specific training topics for APROCUS were identified: leadership, sustainable tourism practices, seafood commercialization and distribution center management.

2. Monitoring the ecosystem of the community

2. Monitoring the ecosystem of the community marine reserves of the Arrecife de Puerto Morelos National Park, Quintana Roo, Mexico: Fishers and authorities working together for the co-management and sustainable use of the reef.

The Puerto Morelos Cooperative in Quintana Roo, Mexico has put together a team of fishermen that has been train in scuba and monitoring. The team has completed two full monitoring phases. Thirteen strategic monitoring sites were selected in the protected area, and within the sites 65 transects were setup to measure several indicators of reef health (fish, corals, key invertebrates, topographic complexity and substrate type). With the assistance from the Mexican NGO Comunidad y Biodiversidad (COBI) the Cooperative developed the baseline of the reef’s status, and will now be able to measure long-term changes and restoration processes through a monitoring plan, inside and outside of the designated community marine reserves.

Based on the data analysis, the Puerto Morelos Fishing Cooperative submitted a proposal to the National Commission of Natural Protected Areas (CONANP) to modify the Management Plan. Their recommendation is to expand an existing marine reserve (no-take zone) and to add a new fishing ground. The proposal was accepted.

As part of Phase II, a workshop was delivered to evaluate the monitoring techniques used during Phase I by the Puerto Morelos Cooperative for the registration of fish, corals, key invertebrates, bottom complex, and substratum type data. The Natural Protected Areas National Commission (CONANP), the Akumal Ecological Centre, and COBI conducted the workshop.

After this workshop, the fishermen completed eight more monitoring exercises, which included data collection in 65 transects. Staff from CONANP and COBI verified the improvement in the quality of the data. Authorities are considering including some of the trained fishermen as part of their monitoring staff..

Based on the data analysis, the Puerto Morelos Fishing Cooperative submitted a proposal to CONANP to modify the Management Plan. Their recommendation is to expand an existing marine reserve (no-take zone) and to add a new fishing ground. The proposal was accepted.

CONAPESCA, the Fisheries Administration, extended its patrol activities to include the no-take zones.

The no-take zones total area declared is 3,527 Has, covering 39% of the co-management area.

At the end of 2010 we obtained funds from Avina Foundation for the implementation of a third fisheries co- management pilot project in the region.

There are two fishing communities located within La Graciosa Bay, which is part of the Punta de Manabique Wildlife Refuge: La Graciosa and Santa Isabel Lagoon. Both communities are concerned about the decline of fishing resources in the area, because each day is more difficult for them to get fish for their own family consumption. Moreover, the lack of financial resources in government agencies enables authorities to conduct surveillance and patrolling activities in the area, which leads to wrongful acts in the extraction of fishery resources, including the implementation of prohibited practices and fishing gear.

Authorities and fishermen have held several meetings to discuss the problems and possible solutions to these.

The fishermen have proposed not only the co-management area, but three no-take zones. The proposed location of the no-fishing zones was decided based on their empirical knowledge, it was then reinforced with a sonar survey, through which they could realize that fish stocks are not abundant in the Bay.

The goal now is to find the most practical legal figure for the area. Authorities are now discussing about this.

After analyzing the situation, the technical and legal assistance accorded that the legal tool to use should be a co-management agreement. During the negotiations, Punta Gruesa, a third fishing community of La Graciosa Bay, and the Anchovy Fishermen’s Association from Puerto Barrios, that fish within the bay, joint the initiative.

The formal co-management agreement was prepared jointly by the consultants and the fishing communities and submitted to the authorities on December, 2011. The total area proposed no-take zones is 345 has.

CONAP responded in mid-April 2012 with a new co-management counterproposal, not directly focusing on the fishers’ proposal. The fishers, with technical and legal assistance, reviewed the new co-management proposal and made recommendations to address it to the co-management area and fisheries recovery sites. This was discussed in a meeting that took place between CONAP and the fishermen in May, 2012

The revised agreement was sent to CONAP for its approval. On July 10, 2012, the first fishing co-management agreement was signed between authorities and the civil society in Guatemala.

On September 18, 2012, the first meeting between authorities and fishers (now as co-managers) for the implementation of the agreement was held in Puerto Barrios, Izabal, Guatemala.

Neighboring fishing communities are very interested in the co-management initiative and they want to learn more about the benefits this type of action can bring them. 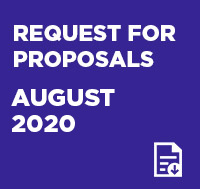